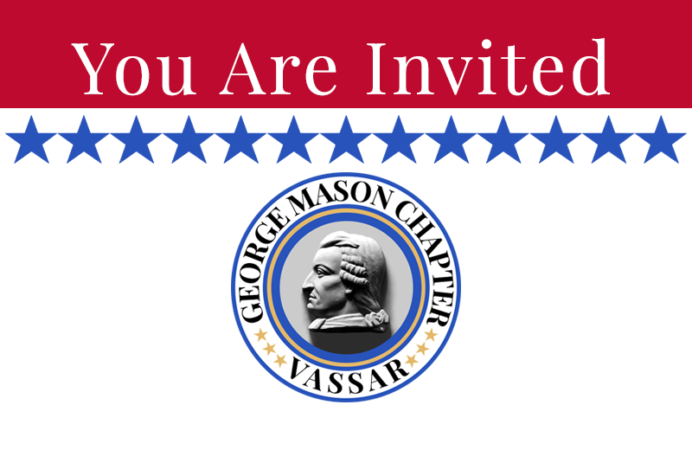 The George Mason Chapter, Virginia Society, Sons of the American Revolution, is excited to announce that we shall have a special guest speaker at our GMC meeting scheduled for Wednesday, March 28, 2018. The speaker is Brigadier General Creighton W. Abrams, III, U.S. Army, Retired. General Abrams is currently the Executive Director of the Army Historical Foundation and is charged with building support for the new National Museum of the U.S. Army now under construction at Fort Belvoir, Virginia. The museum is scheduled to open in 2019.

General Abrams will discuss the National Museum of the U.S. Army; but more importantly, he shall address the 1775 to 1783 Revolutionary War artifacts that will be on display.

Compatriots are encouraged to attend this special meeting and bring your partner, potential SAR members, or other guests.

As head of the Army Historical Foundation, Brig. Gen. Creighton W. Abrams, III is charged with building support for the National Museum of the United States Army. Expected to open in 2019 at Fort Belvoir, Va., the museum would fill a major gap in the Army’s historical presence: All other service branches have their own national museums. “As the largest and oldest service, the Army needs the support of the American people, and this museum will help connect and reconnect Americans with their Army,” says Abrams, the son of the late Gen. Creighton Abrams, who was the U.S. commander in Vietnam after Gen. William Westmoreland and later Army chief of staff. The Army will operate the building, which the foundation will fund through a $200 million capital campaign. In addition to raising money — the campaign has brought in $65 million from 95,000 donors to date — Abrams keeps in touch with the Army Corps of Engineers on the construction plans.

“Other museums are mostly about battles,” says Abrams. The Army museum’s three major galleries will explore other facets of the Army since its 1775 founding. “Soldiers’ Stories” will feature personal accounts told in pictures and text, plus videos. “Fighting for the Nation” will tell the stories of major wars, from the American Revolution to the wars in Iraq and Afghanistan and the fight against terrorism. “Army and Society” will look at interactions of the military and civilians by exploring technology, the tradition of civilian control of the military, the Army’s role in public-works projects and as a societal “melting pot,” and public support of the troops.

The museum expects to attract some 750,000 visitors a year. “It will remind those who have served — and their families and friends — that their collective stories and deeds will not be forgotten,” Abrams says.

The National Army Museum will be located on over 80 acres at Fort Belvoir, VA, less than 30 minutes south of our nation’s capital in Washington, D.C. The main building will be approximately 186,000 square feet and display selections from over 15,000 pieces from the Army Art Collection and 30,000 artifacts, documents, and images. The vast majority of these rare and priceless artifacts have never been seen by the American people. The Museum will welcome an estimated 500,000 to 700,000 visitors every year.