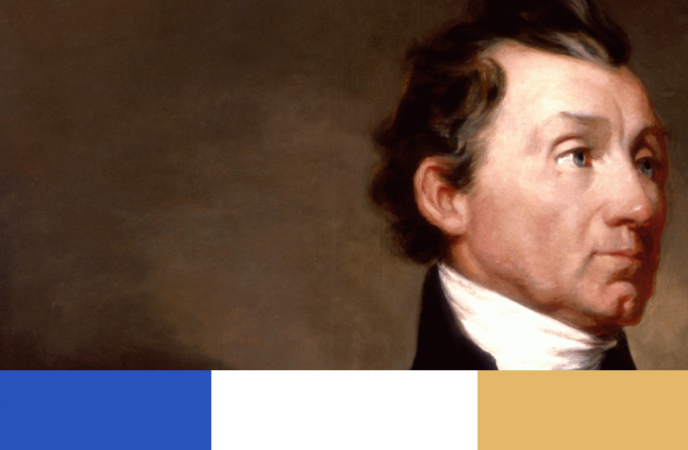 This year will mark the 260th anniversary of the birth of President James Monroe. Per the James Monroe Memorial Foundation, two commemoration ceremonies will be held on two consecutive Saturdays, April 21 and April 28, 2018, as described below.

The George Mason Chapter will present our chapter wreath at each event. All GMC Compatriots are invited and encouraged to attend either or both these events. Your participation is greatly appreciated.

Starting at 10:00 AM, at the Birthplace, the 260th anniversary ceremonies will include local and state elected officials as well as federal officials. The formal ceremony will commence at 10:30 AM. Exhibits will be shown at the Visitor Center, and you’ll be able to see the ongoing progress on the reconstruction of the Birthplace House of James Monroe, which is expected to be completed around April 21. For more information, visit http://www.monroefoundation.org. 🔗

The annual wreath-laying ceremony at President Monroe’s tomb in Hollywood Cemetery in Richmond will be held at 11:00 AM, subject to any changes on the part of the U.S. Army, which conducts the ceremony. It is an impressive display, with a speech on behalf of the President of the United States delivered by an Army general, a Governor’s proclamation, the Fort Lee color guard and band, and wreaths presented by the President, the James Monroe Memorial Foundation, and various lineage societies.