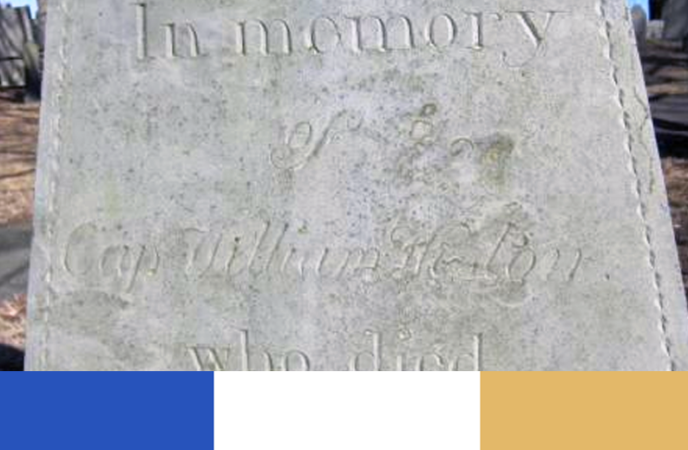 William Weston was born in on May 14, 1732 in Duxbury, MA. Before entering service, he was a Patriot as a Member of the Committee of Communication & Correspondence from June 5, 1777 – March 1776. He was also a “Member of the Committee to Petition the General Court to Construct a Fort for the Defense of Town & Harbor” January 29, 1776. William entered military service on June 17, 1776 and received a Captain’s Commission. Captain Weston was placed in command of a company tasked the defense of Plymouth Harbor, specifically “at the Gurnet for [the] defense of Plymouth Harbor.” On January 7, 1777 he and his command were decommissioned from active military service.

The following year he served on a Grand Jury in MA. In 1779 he served as a member of the “Committee to Procure Necessarys for Soldiers’ Families.” On November 26, 1787 the Reverend Nathaniel Leonard solemnized his marriage to Mary Churchill (great-great-grand daughter of Richard Warren from the Mayflower) in Boston, MA. They raised seven children (Mary, Lewis, Harvey, Almira, (Elizabeth) Betsy, William (Jr.), and George). Captain Weston passed away on June 27, 1820 in Plymouth, MA. He was laid to rest on Burial Hill (Plot K9) with the epitaph of, “Reader, Prepare to meet thy GOD” carved into his stone memorial.