In July 2021, chapter representatives were active at the following activities (either in person or via Zoom):

Also this month, the 2021 National Congress of the SAR Society was a meeting held in Renton, WA, where chapter member Pete Davenport received the SAR’s highest honor, the Minuteman Award. 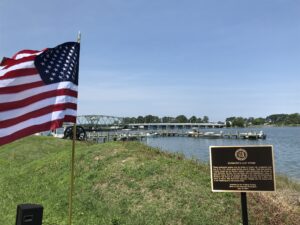