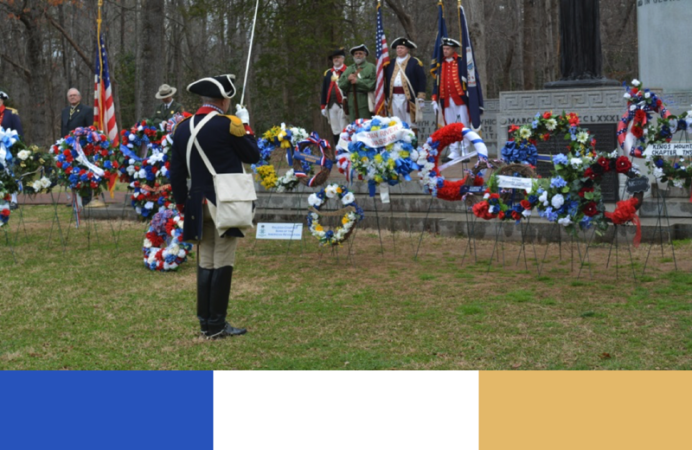 One of the great privileges of the George Mason Chapter is participating in events around the Commonwealth, honoring those who contributed to and sacrificed for the American Revolution. Recently, GMC compatriots have attended several such events, and we are always pleased to be able to share those with our community.

At Montpelier on Friday, March 16, representatives of the George Mason Chapter participated in the laying of wreaths by the Virginia Society, Sons of the American Revolution, in commemoration of the birthday of James Madison, fourth President of the United States, Founding Father, and a critical architect and author of both the Constitution and the Bill of Rights. 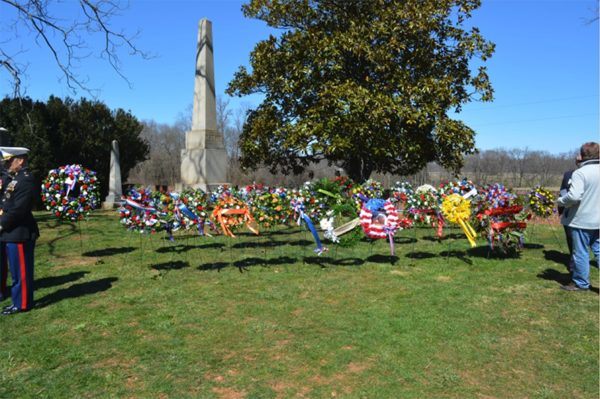 Commemorating the 237th Anniversary of the Battle of Guilford Courthouse in Greensboro, NC, representatives of the George Mason Chapter presented on Saturday, March 17, 2018. 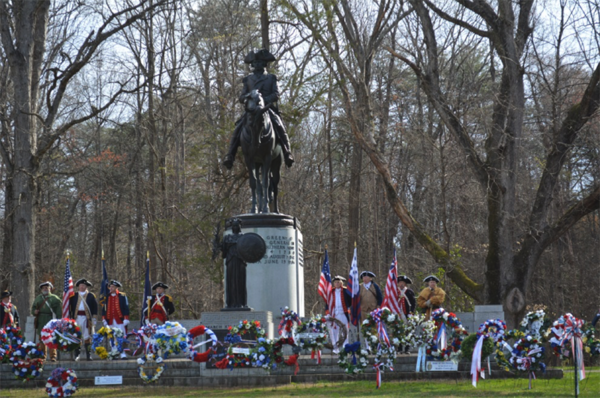